Tiger in My Soup 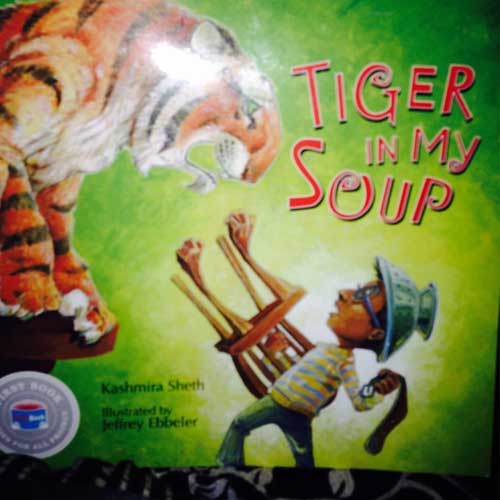 In the current run of titles about older siblings feeding younger ones, this one stands out for its inventive imagery. –** Starred Review ** Kirkus Reviews, March 1, 2013

When a boy is left in the care of his older sister, he begs her to read him his favorite book, but she is too absorbed in her own reading to pay him any attention. She won’t be distracted, even when the boy finds a ravenous tiger hiding in his soup! His sister misses all the action; only after the steamy beast is slain does she return to the table with her brother and finally agree to read to him. But is the tiger really gone?

Give the Gift of Literacy